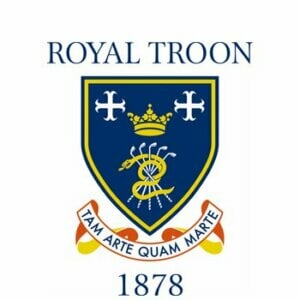 Fill out the form below to register your interest for The 2024 Open Championship at Royal Troon Golf Club, Ayrshire.

The Open Championship is run by the R&A, standing for Royal & Ancient society. This organisation has been a golf club since 14 May 1754. In the last century, it has evolved in three main areas: governing The Rules of Golf with the USGA, managing The Open Championship and other golf events, and the development of the sport worldwide.

The Open Championship is one of the most highly coveted golf majors, in equal standing with The US Masters, but it is much older competition in its 151st year at Royal Liverpool. The US Masters has been running for since 1934, while The Open began in 1860. The famed Claret Jug is the prize, along with being named the Champion Golfer of the Year. The prize pool is around $10 million, though the winner receives around $2 million. This is low when compared to other golf majors. The integrity of The Open Championship and renown that comes from winning it is why players return every year.

The Open rota is played on various golf courses in the United Kingdom, with the 148th Open being just the second time the major was held outside of Britain. Royal Portrush saw it once in 1951, and again in 2019 where Shane Lowry raised the Claret Jug. The 153rd Open Championship will return to Royal Portrush in 2025.

Occurring over a week, the first half from Monday to Wednesday involves practice days. These are usually the best days to see all players because there is no chance of them missing the tournament cut. Thursday to Sunday are all tournament days. From a field of around 156 players, there are 73 left after the cut from Thursday onwards. The format is stroke play over four days, with 18 holes played each day.

Play is in groups of three in the first two days, and groups of two in the final two days. They are assigned as pairs by officials on the initial two days,  with each player having one morning and one-afternoon tee-time. In the final two days, players tee off in reverse order of accumulated score, with the leaders last. After 36 holes, only the two 70 and tied players remain in the tournament and complete in the third and fourth round. If players are tied for the win on Sunday, they enter a 3-hole playoff, followed by sudden death if no winner emerges from the playoff.

The Royal Troon Golf Club is located on Scotland's southwest coast, in Ayrshire. Home to 36-holes of golf, the links complex features The Old Course and The Portland Course. Designed by George Strath, Willie Fernie and James Braid, the Old Course has a par of 71, and a total length of 7,175 yards or 6,561 metres. The Troon Golf Club was formed in 1878, and it gained 'Royal' status in 1978 by Queen Elizabeth. The links layout features the well-known 8th hole, 'The Postage Stamp,' with stunning backdrops of rugged Scottish mountains.

Join the waitlist for this event

Get early access to product and information for this golf event as soon as it becomes available.

You will only be notified when new product is available for the event, tour or cruise you joined the waitlist for.