Spend your time exploring the history behind Cape Town whilst playing golf near False Bay and around the Stellenbosch wine country. Take the cable car to the top of Table Mountain for views over the Atlantic on your rest day from golf. Travel via car along The Garden Route to the scenic town of George and spend the second half of your golf trip playing three golf courses within South Africa’s Top 15. 5-star luxury accommodation and a plethora of activities will make your golf holiday truly memorable.

For a quote on the pricing of this package, please submit the enquiry form at the bottom of the page. Please state your desired travelling dates, number of travellers and specific requests. 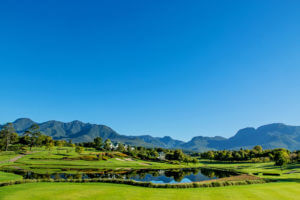 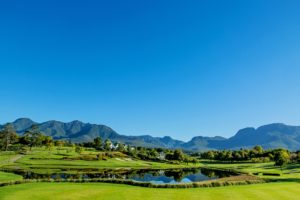 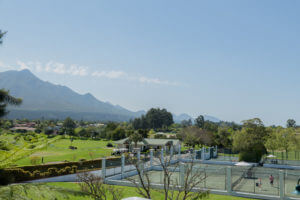 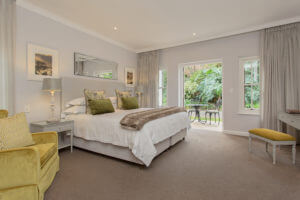 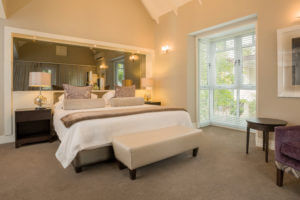 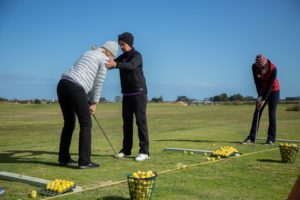 Superbly situated on the edge of the Atlantic Ocean, overlooking the Victoria & Alfred Waterfront with the Table Mountain in the back ground, The Radisson Blu Waterfront Hotel offers the ultimate in comfort and luxury to discerning travellers. The five-star hotel offers luxuriously appointed guest rooms including two-bedroom suites that consist of a main bedroom attached with a private balcony, and a second bedroom with shower, apart from a lounge area and full kitchenette. The outdoor Tobaggo’s terrace restaurant and bar provides one of the best settings in Cape Town with vies over Robben Island. The hotel has a complimentary shuttle bus into the city to make getting around more convenient.

Idyllically set along South Africa’s Garden Route in a small town called George, the Nation’s best golf resort resides on the foothills of the Outeniqua Mountains. Fancourt Golf Resort is situated on 613 hectares of lush countryside. The spa facilities include a heated Roman Bath as well as indoor and outdoor swimming pools, a cinema, tennis courts and a gymnasium for the fitness junkies.

The accommodation at Fancourt Resort is truly world class, with 115 luxurious rooms and suites that caters for every type of group, especially golfers! All rooms have a balcony, and from whichever direction your room is facing, the view is simply stunning with mountain, countryside and Montagu golf course vistas. Contemporary bedroom furniture with light and airy furnishings brings plantation villa, country house and old-world luxury to modern day.

A real gem of Cape Town, Clovelly Country Club’s golf course was designed by Dr Chalres Molteno Murray. The course itself has spectacular mountain views and stunning views over the False Bay Coastline. It is situated between Fish Hoek and Kalk Bay, with dune-lined fairways that lead to excellent bent grass and poa annua greens. Accuracy is demanded when playing Clovelly Country Club with a river running through the course, several ponds and tree-lined fairways, there is something for everyone!

Set within a tranquil gated community, Erinvale Golf Club is situated at the bottom of a massive mountain range and offers spectacular views throughout your round. Designed by legendary golfer Gary Player, the par-72 parkland layout is the perfect layout to begin your golf holiday. Not to challenging and with the right amount of scenery, you will complete your round feeling renewed and eager for more.

Designed by legendary golfing great Gary Player, Fancourt’s Montagu Golf Course is a parkland layout with a par of 72 and a total distance of 6,324 metres. It is ranked as the eighth best South African golf course by Dolf Digest. You will notice that most fairways are lined with trees, whilst the terrain undulates over long tracts of land. Straight hitting is more important than distance-hitting; saving a wayward ball from off the fairway is no easy feat. Picturesque and tranquil, Fancourt’s Montagu course deserves every minute of your attention.

One of Gary Player’s better golf course designs, Fancourt’s Outeniqua golf course provides a laid-back round that focuses on the views from the course as much as the full experience of the round. Named after the nearby Outeniqua Mountain Range that is visible from every hole, the Outeniqua golf course is ranked within the top 25 golf courses in South Africa so you will be caught napping if your attention strays from the course. Kikuyu fairways contrasts with meandering streams and various water hazards that come into play on no less than eleven holes, making the Outeqniua course one to remember during your South African golf holiday.

The Links at Fancourt

The Links at Fancourt should need no introduction; it is the reason why people come to Fancourt and South Africa for golf. The Nation’s highest-rated golf course, The Links at Fancourt is widely considered Gary Player’s best-designed golf course. Originally an airfield, the land underwent enormous alterations to become an inland links course. The sheer size of the dunes and undulating land when you walk the course, especially when you compare it with the flat airfield it once was, is enough to leave many visitors amazed. Maintained to world-class standards year-round, the golf course will leave you memories to last a life time.

Founded in 1685, the historic Groot Constantia wine farm is a picturesque estate that became known in the 18th century for its sweet wines and superior quality, bringing itself attention from royals. Authors including Jane Austen and Charles Dickens referenced the winery in their works, and Napoleon Bonaparte had monthly supplies shipped to him. When you visit, you will happy the opportunity to have wine tastings, wine and chocolate pairings and tours of the cellar. There are also two restaurants onsite, as well as a museum detailing the Estate’s rich history.

Once known as the Malay Quarter, the neighbourhood of Bo-Kaap is internationally recognised for its colourful facades that make a great photo opportunity. Once named after its slave population rooted in Malaysian, African, Indian, and Sri Lankan culture and brought over by Dutch imperialists, the neighbourhood has developed into a blend of styles and identities. The neighbourhood is best explored by foot, where you can tour its mosques—including South Africa's oldest—and visit landmarks, historic restaurants, and shops. At the Bo Kaap Food and Craft Market, held on the first Saturday of each month, enjoy homemade goods from samosas and koesisters to jewellery and handcrafted goods.

You can make your way to the top of Table Mountain via cable car. The views over Cape Town and the Atlantic Ocean are simply spectacular, whilst there is also a short circular walking route you can follow while you’re up there.

Fancourt Resort and the town of George reside in the middle of South Africa’s Garden Route, an aptly named stretch of land on the country’s southern coast. One of the best ways to see more of the stretch of land is from the air, where you can witness some of the most awe-inspiring natural beauty in the world. White-sandy beaches contrast with crushed cliffs and rolling mountains to create a dreamlike world that is prominently unique. We highly recommend this experience which operates out of George Airport. If you are interested in adding this to your South African Golf Holiday, please mention it in the enquiry form.

Fancourt and the coastal town of George lie in a secluded spot along South Africa’s Garden Route. Victoria Bay is the isolated coastal area near where George lies, and it is one of the smallest bays along The Garden Route. A beautiful beach that is like a cove enclosed by cliffs, it is also a potential surf spot for the avid surfers, with long waves giving long rides. It is a safe beach with its own tidal pool and jetty, with nearby walking spots connecting the area with the local flora and fauna. It is easily reachable with a rental car from Fancourt Golf Resort.

Are you a lover of beer or breweries? If so, Robertson Brewing Co is sure to excite. It brews premium craft beer in the heart of George, a small township along The Garden Route. A recent addition to the George area, the brewery opened in 2013 and now offer tastings of their wide variety of beers that are unique to South Africa. They also have a great variety of food making the destination a fantastic choice for lunch or dinner.

This package is sold with the use of a rental car of a Toyota Corolla Quest or similar car.

Features of the rental car are:

You can choose for transfers or a VIP car with English-speaking driver should you not wish to drive. Please tell us your preference when submitting the enquiry form.

A Week at Fancourt Golf Package