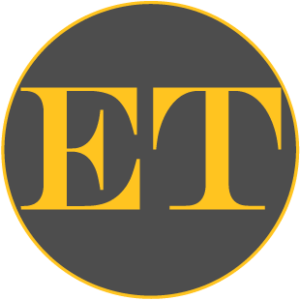 Join your Voyages.golf tour hosts in playing England’s best golf courses before the 151st Open Championship at Royal Liverpool. Voyages.golf is your official Authorised Provider for The Open Championship, and this fully escorted golf tour incorporates official Open tickets into its itinerary. Incorporating London, Kent & The Midlands, this is your chance to secure a trip of a lifetime, playing three current Open Rota golf courses, as well as other championship courses with an exciting mix of links & parkland golf. With a total of 14 nights & 9 rounds of golf, you will leave having achieved a few musts: played Open rota golf courses, watched The 151st Open Championship with Hospitality, created lifelong memories that can only be achieved with a group of likeminded people. This is a small, highly mobile touring group with numbers strictly limited.

Starting in London, we enjoy two days in the city to acclimatise before heading to Kent. Here we play the likes of Royal St Georges, Princes & Royal Cinque Ports Golf Club. Royal St Georges was host of the 149th Open Championship in 2021. Then we head to the midlands, playing iconic courses such as the Forest of Arden, The Belfry’s Brabazon Course and the brand-new JCB Country Club. Our last leg of the Pre-Open tour sees us visit England’s Golf Coast: we play Royal Birkdale, Royal Lytham & St Annes and Formby Hall Old Course. Your 151st Open Open experience culminates in guaranteed Scorers Hospitality at The 151st Open Championship on Sunday 22 July. Voyages.golf is your Authorised Provider for this event.

One of England’s oldest and most famous golf courses is Royal Cinque Ports (RCP), situated in the sunny south-east, just a stone’s throw from Royal St George’s & Princes Golf Clubs. Also known as ‘Deal,’ RCP was the third English golf course to host The Open Championship. It was designed by Henry Hunter, with touch-ups by James Braid & Guy Campbell over the years. The par-71 links golf course offers a real challenge, especially on the back nine. Those that want a real links experience will relish playing Royal Cinque Ports.

Host of the 149th Open Championship in 2021, Royal St Georges Golf Course has hosted 15 Open Championships in total. It is one of the best English golf courses you can play. Founded in 1887, it was designed to rival St Andrews in Scotland. Golf Digest rates it as the 28th best golf course in the World. The links course was laid out by William Laidlaw Purves in the 1880s, with modifications coming just two other times: Harry Colt in 1914, and Martin Ebert in 2010. The few times it has been altered is a testament to Purves’ design, as well as the foundations of the golf course. Presenting a real challenge, Royal St Georges Golf Club offers pot bunkers, undulating greens & rolling terrain beside the English Channel. Bring your A-game.

Those that enjoy a parkland golf course will fall in love with the Marriott Forest of Arden. Designed by Donald Steel, the Championship Course opened in 1970. It has hosted the British Masters and the English Open. The natural landscape plays a dominant role in the golf course’s design. The challenge comes mainly from its length, measuring over 7,000 yards from the back tips. Other challenges are long rough, doglegs, water hazards and blind shots. With narrow fairways and tight lies, the Marriott Forest of Arden Championship Course is a whole lot of fun, and a nice walk in Paddington Park.

Host of four Ryder Cups, the Belfry’s Brabazon Course personifies championship golf. The course was laid out by Dave Thomas and Peter Alliss, with a par of 72. For a relatively new course in golfing years, the Belfry’s Brabazon has skyrocketed into fame since it opened in the 70s. There has been a lot of money poured into its creation & upkeep since its inception, and the result is a championship course that looks Tour-ready year-round. The course is quite dramatic in its set-up, it looks rather like the K Club or Floridian courses such as TPC Sawgrass, though it is set in the middle of England. To play the course is to follow in the footsteps of the greats, and that is our intention as we follow this golf tour through England’s top golf courses.

The behemoth that is the JCB machinery company has its very own golf course at its HQ in Staffordshire. Being one of the largest of its kind, the company wanted only the best golf course to test the world’s elite whilst keeping the course playable for amateurs. The result is a visually stunning golf course that plays like a modern links. You have the option of choosing the tee you play off owing to the fact the course measures over 7,300 yards from the back tips. There are five tee boxes to choose from. Set amid rolling hills lush with life, JCB Country Club will be a highlight of this Golf Tour.

One of the great ‘Royal’ golf courses in the United Kingdom, Royal Birkdale is a must-play and a highlight of this golf tour. The links golf course has hosted more tournaments and championships than any other golf course in the UK since WW2. It is ranked in the top five in the UK and top 35 by the major ranking agencies. The last Open Championship at Royal Birkdale was in 2017 when Jordan Spieth lifted the Claret Jug; will you join us as we follow in his footsteps?

The last ‘Royal’ Course on the Pre-Open Tour before we get to Royal Liverpool is the Northernmost course on England’s Golf Coast: Royal Lytham & St Annes. Host of eleven Open Championships, the course was designed by George Lowe & Harry Colt. With a track record of major championships and prestige of ‘Royal’ to its name, Lytham & St Annes has become synonymous with British links golf. The course is relatively long for a links: measuring over 7,300 yards (6,500 metres), and will ensure you utilise every club in your bag.

Located centrally on England’s Golf Coast, Formby Hall Resort has a championship course designed by Alex Higgins. The golf course offers a break from the links courses that define England’s Golf Coast. With a parkland layout, Formby Hall is as much fun as Royal Birkdale on a calm day. The course is set a few kilometres inland with plenty of water hazards, scrub & woodland to break up the scenery. Maintained to championship-standard year-round, you will draw comparisons to other championship courses like the Belfry or K Club in Ireland. Formby Hall Golf Resort is the ideal place to experience the 151st Open Championship whilst playing its championship golf course.

One of our preferred hotels in London, the Radisson Edwardian Bloomsbury Street is a boutique 4-star hotel set minutes from major attractions such as the British Museum, Covent Garden, and Tottenham Court Road Station. The Hotel’s mid-century facade & contemporary social spaces kindle feelings of a modern London townhouse while retaining a very refined atmosphere. The rooms are luxurious & well-designed, its location is fantastic, and breakfast is a thing to be remembered!

With a fantastic location just five minutes from Royal St George’s, Royal Cinque Ports & Princes Golf Club, The Bell Hotel in Sandwich is a golfer’s haven. The hotel has a stunning brick facade that dates back to Tudor times. The Edwardian building offers a delightful stay in a traditional setting, providing a real taste of England. Overlooking the River Stour, The Bell has been operating for hundreds of years. The rooms are modern, light and spacious with high ceilings. The restaurant uses local suppliers for most ingredients; they have a network of farmers, fishermen and food producers throughout Kent and the South East to ensure only the best local and sustainable food is used. The Bell Hotel is the centrepiece of Sandwich, there is no better choice when visiting the area, especially when all the golf courses are just minutes away.

Set within 10,000 acres of ancient woodland, the Marriott Forest of Arden is a rural retreat where deer roam free, and nature lovers prevail. Playing a round of golf on either of the two courses will see you immersed in lush woodland with abundant flora & fauna to enjoy. The Resort is nestled between Birmingham and Coventry. It is styled as a laid-back affair with a great restaurant, health & wellbeing outlets as well as championship golf. The rooms are large, with luxurious bedding & flat-screen TV’s, an indoor pool with a spa; the Forest of Arden is all about the rural escape.

Situated in the heart of England’s Golf Coast, near Liverpool, the Formby Hall Golf Hotel & Spa is simply a great experience from end to end. With a luxurious spa & health club, as well as a championship golf course & golf practice facilities, you could pamper yourself after working on your golf swing at the Academy all without leaving the resort grounds. The rooms at Formby Hall have a luxurious design with sumptuous finishing touches that include stand-alone baths, rain showers, Nespresso coffee machines and views over the golf course. The rooms are large in comparison to most major cities in the United Kingdom; Formby Hall demands you put the phone down & indulge.

Interactive & a lot of fun, the Beatles Story Museum is the World’s largest permanent exhibition purely devoted to telling the story of the lives and times of The Beatles. Be transported on an incredible immersive journey as the tale is told of some young lads from Liverpool who were propelled to the dizzy heights of fame and fortune from their humble childhood beginnings. Finger food, drinks & live cover music is included in this experience.

All transport during The Open is by pre-scheduled coaches with other Voyages.golf Open attendees. All transport after The Open (Liverpool to Edinburgh) is by a private touring van with a toilet on-board & plenty of space for your belongings.

All prices are per person, inclusive of taxes.